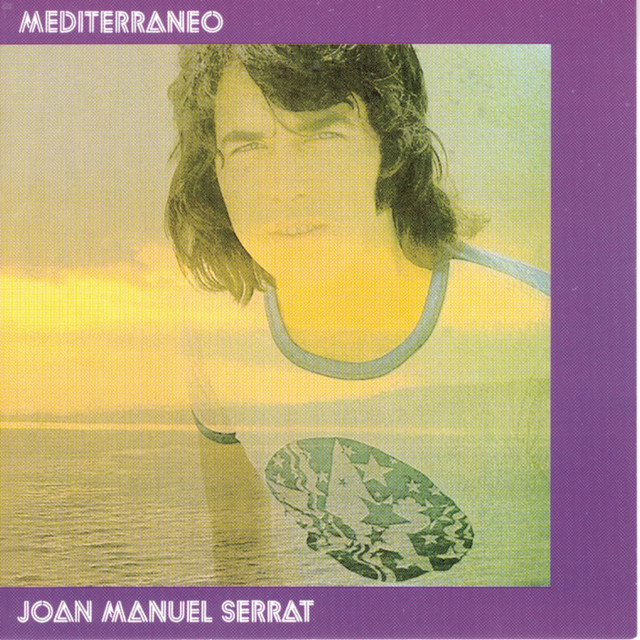 Spanish singer/songwriter Joan Manuel Serrat began playing music as a teenager, when he received his first guitar. In 1960, he participated in a pop band, playing along to Beatles songs and Italian pop tunes with his classmates at Barcelona's Agronomy School. In 1964, while singing in a radio show called Radioscope, host Salvador Escamilla helped him secure a record deal with the local label Edigsa, and he recorded his first EP the following year. Joan Manuel Serrat's first live stage performance came in 1966, when he sang at the Catalan Music Palace, and his debut album appeared one year after that. Soon after, he recorded the sophomore album Cancons Tradicionals and debuted as an actor in a movie called Palabras de Amor. 1969's Dedicado a Antonio Machado, Poeta, an album whose lyrics were taken from Antonio Machado's poems, became Serrat's biggest success to date, earning him wide acclaim throughout Spain and Latin America. He celebrated with a South American tour, coming in first place at Rio de Janeiro's World Music Festival after singing "Penélope." The release of 1971's Mediterraneo consolidated the artist worldwide. In 1976, Joan Manuel Serrat was acclaimed for the first time in the U.S. while performing in Los Angeles, San Francisco, and New York. In January of 1995, the Spanish government gave him a medal for his contribution to the Hispanic culture. That same year, a tribute album called Serrat, Eres Unico was made to honor his career. In the year 2000, the Spanish Association of Authors and Editors (SGAE) awarded him with one of ten Medals of the Century. Despite suffering a setback to his health, undergoing surgery for bladder cancer in 2004, over the next decade Serrat continued with his career, releasing popular records including the orchestral album Sinfónico in 2003, and in 2006 an all-Catalan album, Mô. More stars lined up to pay tribute to him in 2005 on Serrat, Eres Unico, Vol. 2. In 2007, he recorded the album Dos Pájaros de un Tiro in collaboration with another legendary Spanish singer, Joaquín Sabina, and five years later the two teamed up again for another album called La Orquesta del Titanic. ~ Drago Bonacich, Rovi