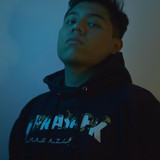 Eric is a DJ/Producer from Mexico , in 2012 at age of 11 his cousin introduced to EDM music and from that moment he began to expand his musical interest, he started producing his own music which turned as out to be his big passion. After years learning the 19-years-old he started the project by the stage name Unread which have over 5 million streams across the plataforms, the stage name was born from the bad experience that an artist has with the school. His music started being releases on the biggest labels and youtube promotion channels in EDM like NCS and Trap Nation. He wants to show that a Mexican Producer can be one of the best musician into the POP/EDM globally. Management: Gianluca Saldicco | gianluca@zil.media