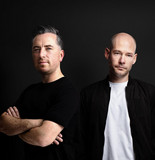 Just three years into their meeting of minds, Ryan Dickinson and Ultan Burke’s sound as Otosan is already unmistakable – deep, melodic and purpose-built for big rooms. Otosan’s honour roll in that short time is already impressive, clocking over 4 million spins on Spotify, radio support from Triple J in Australia and George FM in NZ, DJ support from big-name hitters including Hardwell, Tiesto, & David Guetta, as well as multiple chart appearances across Australia, New Zealand and the US. Behind the decks, the boys have shared the stage with artists such as Jax Jones, Duke Dumont & Skrillex, from sweaty club gigs, to festival main stages. With one half based in Auckland, and the other half based in Melbourne, the boys are preparing to dominate the Trans- Tasman Bubble, attacking from both sides of the South Pacific with a pile of releases loaded for the upcoming year.