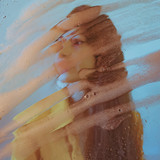 Yazz Ahmed is a British-Bahraini trumpet player and composer. Through her music, she seeks to blur the lines between jazz and electronic sound design, bringing together the sounds of her mixed heritage in what has been described as ‘psychedelic Arabic jazz, intoxicating and compelling’. Yazz has led her various ensembles in performances around the world, in concert halls, jazz clubs and at major festivals such as WOMAD, Molde Jazz, Pori Jazz, Love Supreme and NYC Winter Jazz Fest. Her career is studded with high profile collaborations, which have seen her record and perform with the likes of Radiohead, Lee Scratch Perry, Swing Out Sister, Joan as Police Woman, Tarek Yamani, and These New Puritans. Most recently she appeared as a guest soloist and composer with Arturo O’Farrill’s Afro Cuban Jazz Orchestra. Yazz’s second album, La Saboteuse, released on Naim Records in 2017, made a global impact, making many ‘best of 2017’ lists around the world, including Jazz Album of the Year in The Wire magazine, and achieving the number 18 spot in Bandcamp’s top 100 albums (all genres).