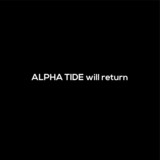 'The First Wave Defines the Beach' Alternative rock band Alpha Tide have a simple mission: be the first wave. Every morning as the tide goes out, the landscape of the shoreline is changed and that’s where this band comes in. Alpha Tide are guitarists Mark Durber & Tom Hayes, drummer Joel Heathcote and bassist Mattie James. They’re an energetic rock band from South Devon mixing influences from somewhere in between U2, Coldplay, the Beatles, Muse, Jeff Buckley and the Foo Fighters. History The band has been going since 2014. The first gig being a church fete in Bovey Tracey which shortly progressed to local open mic nights, charity fundraisers and local festivals. Lead singer Tom spent around 15 years as a youth minister in two Newton Abbot Churches where he mentored young people. Being a musician he taught and nurtured several youth bands. This is where he met Mark around ten years ago and as a teenager he encouraged to play guitar (sickeningly he is now so much better at guitar than Tom). Mark’s now in his early twenties and has been playing alongside Tom for the best part of that time forming a tight unit. Brothers Mattie and Joel both joined in 2018. The lads bring their vast musical skill to the band with backgrounds in jazz and world music to form a tight and powerful rhythm section (they happen to be related to other former members of Tom’s former youth group.)