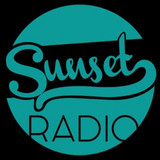 Their sound comes from the Californian punk rock of the 90s with influences ranging from hardcore to modern melodic pop punk. Out in 2016 their first EP Dreams, Memories and Late Nights that will give a taste of what the band want to carry around and listen to the people. November 2th, they released their debut album Vices, for the label This Is Core, and then, the first European tour in November, Italian from January 2017, Russian in March, and Japan Tour for october. In March 2017, their single "Upside Down" was broadcast on Virgin Radio. Sunset Radio are sponsored by DC Shoes, American Socks and Gordon Shaving.