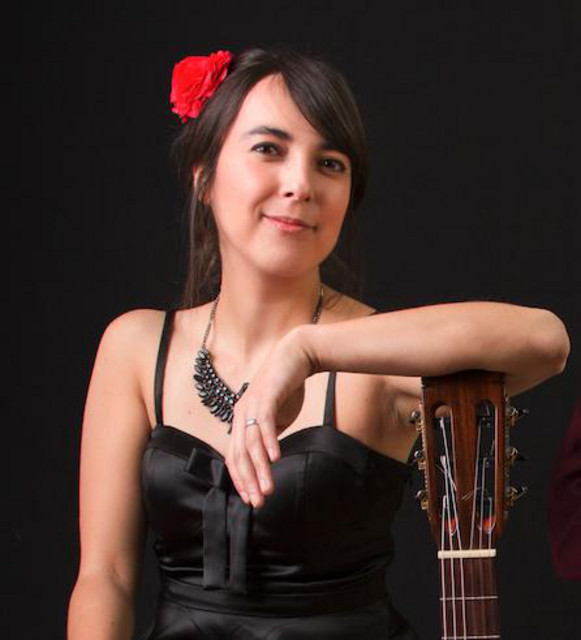 Onna Lou is a singer-songwriter born in Buenos Aires, Argentina. Her music fuses Latin pop-rock with Argentine Folk, jazz, Latin American rhythms, tango and even flamenco. Her lyrics make a deep impact on the listener since she strikes the depth of human nature with her sharp-sighted views and her subtle but powerful poetry. The honesty of her melodies and the uniqueness of her songs is a result of her argentine roots and her sensitive way of looking at life. In the last few years she has studied and worked with the multiple Latin Grammy winner producer and songwriter Javier Limón. During that time she produced a music video with Berklee College students for the also multi Latin Grammy winner Alejandro Sanz which lead to singing in the 2013 Latin Grammy Awards performing with the artist. On 2015 she met internationally acclaimed Spanish singer songwriter Rosana and performed as a guest at her New York show during her USA tour. She has been performing as Onna Lou since 2011. Performing in Argentina, United States, and Canada. She majored in Classical Composition at Universidad Catolica Argetina in Buenos Aires. In 2012 she moved to Boston and majored in Contemporary Writing and Production at Berklee College of Music.

“Ahora” (Now) is her first album; it is warm and intimate with a mainly acoustic sound. The release date was December 18th 2015. She is currently working on the production of her new album to be released this year. She lives in Canada.