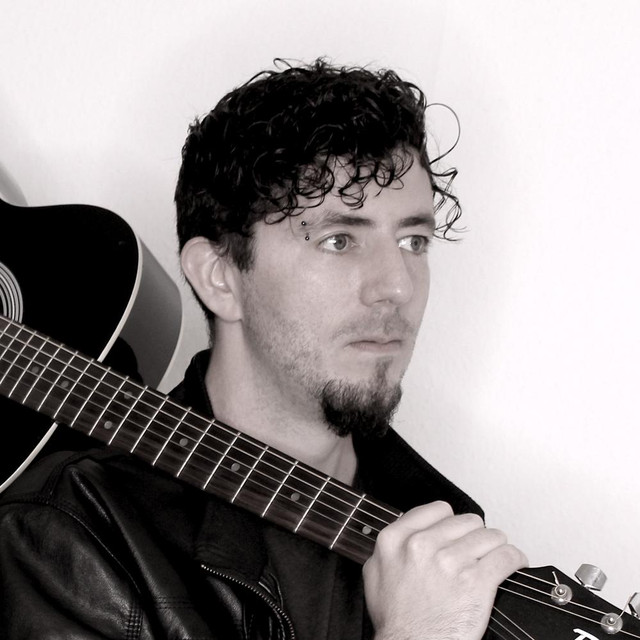 Born in the UK but raised in Mexico, I grew up listening to old and new rock, metal, and nu metal, such as Linkin Park, Limp Bizkit, Deftones, Radiohead, SOAD, Weezer, Puddle of Mudd, Korn, Blink 182, The Offspring, Foo Fighters, etc. The MTV era. It was incredible sitting down with friends, jamming along to powerful anthems that defined those years. I started composing music straight after getting a guitar for my 16th birthday; I then went to music school for about a year, but I realised it wasn’t a direction I wanted to pursue, preferring practice to theory, and picking up what theory I needed over the years. After a brief stint in Scotland to study an MSc, followed by running a startup for a few years in Mexico, I moved to Belgium where I've been ever since. I primarily compose electronic rock, but a lot of my work takes inspiration from Indie, Folk, Alternative and Metal. I write about themes such as humanity, the mind, the future, AI, politics, death, anxiety, code, technology, addiction, and the collapse of society. I realise I’ll never create complex lyrics and backstories like those from Post Malone, or Kendrick, nor will I compose like Michael League, nor will I improvise incredible time signatures, chord progressions and harmonies like Jacob Collier or Adam Neely; thus I try to compensate with strong heavy riffs, emotional segments, and powerful statements, reflecting a transition from angsty rock to thumpy EDM.