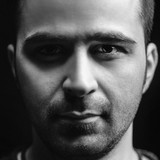 Perdam Azad was born in 1986 in Tehran, Iran. He was lucky enough to grow up in a family who loved art. His mother was a musician and hid father was a theater actor. His parents discovered his passion for music at an early age. They encouraged and supported him to develop his own interests and still do. When he turned 18, he decided to pursue his dream professionally. He learned the music theory from one of the best Iranian musician, Vartan Sahakian”. He obtained his other skills including playing different instruments and arranging music through self-learning experience. In the age of 21, he founded a rock band called “21”. However, unfortunately, they never released any song. After that, he focused on learning and developing new styles of music arrangement and at the same time, he worked with several Iranian musicians including a famous Iranian rock band called “The Ways”. , he officially joined “The Ways” and this cooperation has continued till now. Pedram is working with other Iranian and International musicians & Singers