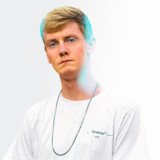 All the way from Paris, but constantly on the road, Charles Berbineau aka Charles B is a French electronic music sensation made for the world. From the Great Wall of China to the Desert of Sahara to New York City rooftops and so on, the worlds’ finest festivals and venues are familiar with his energy and positive vibes that he spreads across the globe. Charted in 15 countries top 100, 10 times Beatport top 100, Charles B's music made it 7 times on the Tomorrowland main stage, 4 times on the Ultra Music Festival main stage (also featured in the after-movie) and got him a TV report on national channel France 2. After earning support from the likes of DJ Snake, Marshmello, Martin Garrix, Diplo, Bob Sinclar, Robin Schulz, Afrojack, Steve Aoki, Oliver Heldens, Alok and more, Charles B recently joined one of the industry’s most prestigious label Spinnin' Records. Being quite active on the imprints of Nicky Romero with Protocol Recordings , Don Diablo with Hexagon HQ and Hardwell with Revealed Recordings, Charles B is also part of Showtek’s Skink Records family, Sonny Fodera’s own imprint Solotoko, Fedde Le Grand’s Darklight and iconic House labels such as Nervous Records. Charles B’s musical identity is as wide as the many places he inspires from, ranging from eclectic House grooves to powerful Electro bangers, with a common goal of a music experience as a journey, with an atmospheric feel made from a perfect match of organic elements mixed with a futuristic sound. Bon voyage!