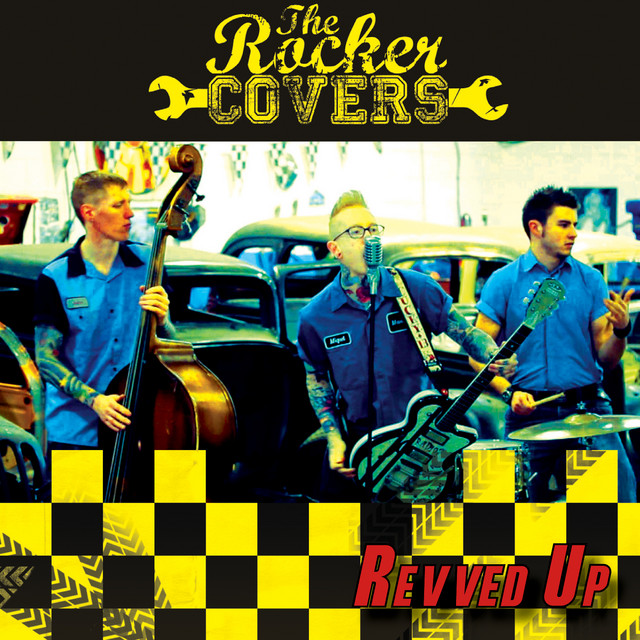 The Rocker Covers came together in 2010 when Kris and Scott Milsom (of The Hawkmen and Coffin Nails) decided to play around with authentic sounding rockabilly versions of modern contemporary pop songs. Kris and Scott soon found their third member in drummer Ian. Kris laughed at Scott's idea to call the band 'The Rocker Covers’ but the name fitted and it stuck! Their debut long player, ‘Revved Up’ (Greystone Records), consisted of rocking up tempo versions of hits from the likes of Lady GaGa, Green Day, The Beastie Boys and Kings Of Leon just to name a few, and people loved the stripped down songs and warm and energetic sound created in the Dog House Music Studio. In 2013 the band returned to the Dog House Music Studio to record the follow up to 'Revved Up'. The second album entitled 'New Old Stock' was released on Greystone Records on 21st October 2013. 'Revved Up' - Press Release: Ladies and gentlemen…meet THE ROCKER COVERS the supercharged new rockabilly project from Kris, Scott ‘The Hawk’ Milsom (The Hawkmen/Coffin Nails) and Ian ‘Boss’ Bostic who are hell-bent on hitting the charts with their bass-slappin’, fret-twanging, snare-shuffling new album Revved Up. Recorded on a Revox tape machine, using an original Reslo mic in Milsom’s Dog House Studio in the UK and mixed in Transylvania, this LP consists of thirteen big-boppin’ rockabilly versions of contemporary rock standards from the likes of Green Day, Beastie Boys and Kings Of Leon. www.greystone-records.com