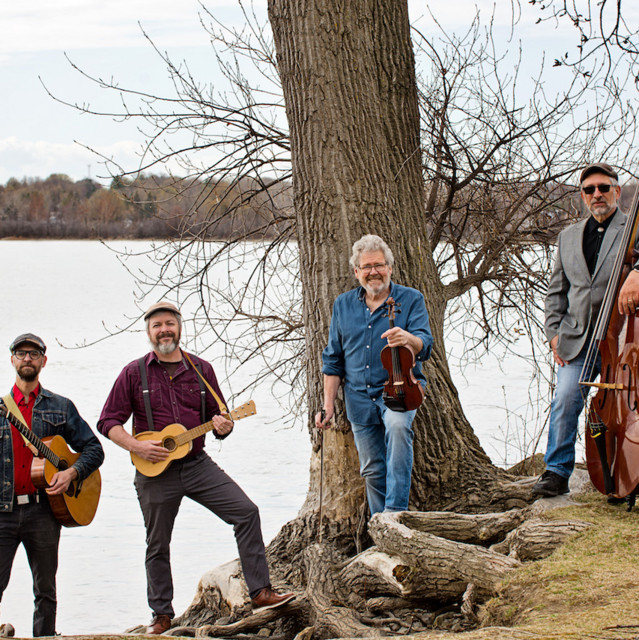 Jabbour’s identity crystallized during its 2015 tour of British Columbia, when the musicians realized they had found their niche on the Canadian folk music scene. That winter, the band recorded its debut album 'Round the Clock over a weekend on stage at the Oscar Peterson Hall in Montreal. This debut album won them a Stingray Songwriter Award and airplay on SiriusXM, Stingray, CBC, ICI Musique Radio-Canada and several community and university stations. It also gave them the opportunity to tour the Maritimes twice and perform at various festivals. In 2019, Jabbour released their second album Saint Bernard, produced by John McColgan, which also received excellent airplay. The band supported this release with tours throughout Quebec, Ontario, Saskatchewan and Manitoba; conference showcases at Folk Alliance and Folk Music Ontario and concerts at the Folk on the Canal Festival in Montreal, La Série Découvertes at Place des Arts and other Quebec festivals. The group continued to mature and evolve musically and in the fall and winter 2020/21, with the support of the Canada Council for the Arts, they recorded their third album Carling Lake, an epic 12-song album, again produced by John McColgan in the midst of the pandemic and the various technical constraints it has brought about.