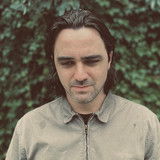 Matt Benyayer aka dark sky is a London based music producer and DJ who has been making and releasing music since 2011.

Alongside remixing acts such as the xx, Kelis and Bombay Bicycle Club, Matt has released 2 albums on Monkeytown Records and multiple EP’s on labels such as 50 Weapons, Mister Saturday Night, Pictures Music, Black Acre and Tectonic. When not in the studio Matt has toured the globe as a DJ and live act playing notable festivals such as Glastonbury, Melt, Mutek, Dimensions and legendary clubs such as Berghain and Fabric. Alongside composing music for TV & film, Matt has collaborated with the band Afriquoi. 'Cold Harbour' was a track to emerge from one of these collaboration sessions which was picked up by Bonobo for his Fabric mix compilation. In April 2020 Matt shared a new mixtape on his soundcloud featuring all new unreleased dark sky material which you can listen to here. In 2021 Matt will be focusing on releasing the stand out tracks from this mix and launching a new record label.