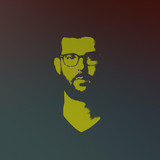 Matthis Pascaud is young a french guitar player and composer. Actually he lives in Paris and share the stage with many famous musicians, Anne Paceo, Hugh Coltman, Sophie Alour, Sly Johnson... He is the artistic director for the haitian singer Moonlight Benjamin. Together the create a nice mixture between rock and voodoo music ! Since 2015 he is the leader of a project named Square One. He creates this band to mix the improvisation of jazz and the sound of the rock. Influence by all the seventies rock and jazz music, he called this music « Progressive Jazz ». The band is a quartet with Christophe Panzani on saxophone, Pierre Elgrishi on bass, Karl Jannuska on drums. In 2016 they released a fisrt EP called « Matthis Pascaud Square One » and 2018 they released a first album called « Shake ». Matthis received a good welcome by the press and the audience in France and play more than 20 gigs in one year. He wins the price of best band to La Defense national competition of jazz in june 2018. In 2019, Matthis released is second album « Clap Clap ». ​