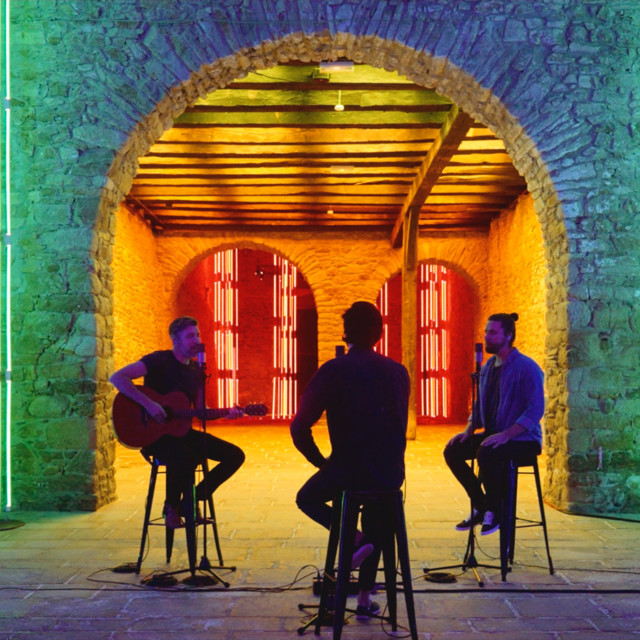 Combination of pop music’s elegance and Rock ’n’ Roll’s tension, the indie band FUZETA is led by Charles, Pierre and Dorian Sims. Far away from the Four Corners, the famous crossroad of this America where they spent their childhood, they’re now living in stormy Brittany. Being inspired as much by Volcano Choir's dark folk, Arcade Fire's energy or Cold War Kids' tensed percussions, FUZETA’s music reflects its origins. After 3 EPs, following a tour of over two hundred gigs, FUZETA has released in 2019 two tracks of its 1st album : Wandering Life and Marla Loves You. Thanks to Spotify’s and more than 14 US and French playlists’ strong support FUZETA’s streams figures raised. As 2021 begins, FUZETA went beyond the 2 millions streams’ mark. In order to celebrate this event, FUZETA has decided to offer a present to its fans : a very special piece reinterpreting Good Vibrations from The Beach Boys. It’s a pure song, - and FUZETA being like The Beach Boys led by three brothers -, with a similar family history. The video has been recorded at Vannes’s La Cohue Museum of fine Arts in