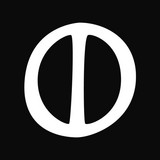 Opalyte is the creative project of DJ/Producer, Niko Pappas. Born and raised in Denver, Pappas was exposed at a young age to the various music styles and inspirations found in Colorado’s thriving music community. He began playing guitar and writing acoustic music before his teens, and in high school would go on to discover acts like Nero, Caspa, Zeds Dead, Pretty lights, and The Glitch Mob. In 2017, he began the Opalyte project with aspirations to create a fluid, stylish mix of early generation Bass music and vast emotional ethos. His contemporary inspirations range from Apashe, Flume, Liquid Stranger and CloZee; groundbreaking sonic creators not bound by genre. Since his first Soundcloud release in 2017, Opalyte has garnered attention through various releases and shows. His track “A Perfect World in Our Heads” has over 50k on Soundcloud, and he’s previously charted releases with The Untz (“Kala”) and MorFlo Records (“Galaxy”). Opalyte has performed with marquee names in the scene, including Mersiv, Toadface, Calvin Hobbes, Megan Hamilton, and SoDown. In 2018, he made his festival debut, appearing at the inaugural MorFlo Music Festival in Michigan. As the music industry returns to normalcy, Opalyte plans to unveil his creativity with several extended releases and genre-spanning singles. As he evolves as a producer and creative, he hopes to manifest his groundbreaking dreams into reality.