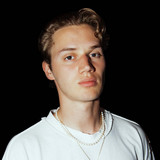 At just 22 years of age, Maurice West has unquestionably solidified his name among some of the most promising producers in the dance music space. Maurice found his musical upbringing in a household of talented musicians and quickly took to the piano, guitar and drums.

At an early stage in his career, the Dutch native caught the eye of veteran duo W&W and was immediately taken under their wing with a deal on their Mainstage Music imprint. His instantaneously recognizable bigroom and progressive sound has led to countless releases alongside some of the industry’s most in-demand names over the years, including Tiësto, Hardwell, Steve Aoki, KSHMR and D-Block & S-Te-Fan. 2018 was another unmistakably banner calendar for Maurice West, as his official Cascada remix with Hardwell for ‘Everytime We Touch’ and ‘Rhythm Of The Night’ single were two of the most widely-supported productions throughout the entirety of festival season. He graced the stage at both Ultra Music Festival and Tomorrowland where he made an appearance on its glorious mainstage for the second consecutive year. Maurice proceeded to cap off 2018 with an anthem for the ages on W&W’s Rave Culture with ‘The Kick’ and has remained a notable staple across an extensive list of DJ performances. Maurice continues to advance his astounding production capabilities, and 2019 has proven to be no different thus far, which has included a rework of PPK's timeless ‘ResuRection’ and the W&W-assisted ‘Matrix’.