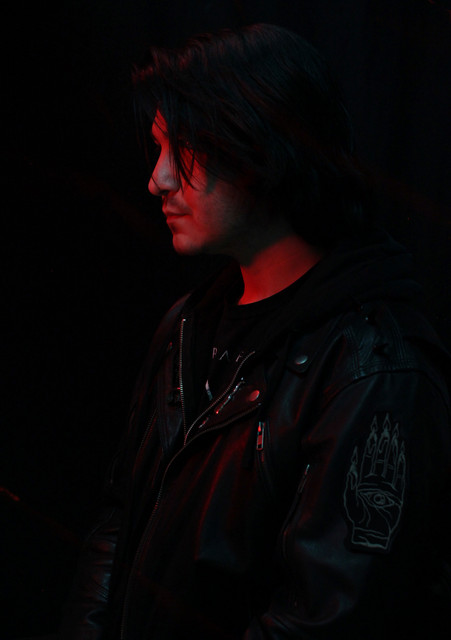 American rock singer and songwriter Josh T. Romero was born and raised in “the Land of Enchantment”—Albuquerque, New Mexico—where he lives today with his wife and three children. He is the lead vocalist of Only Fables (a hardcore punk band formed during quarantine), and is in the process of recording his debut solo EP, illustrating his range from hardcore to alternative, and indie rock. The 6 track EP produced by Brett Bronner is scheduled for release in April 2021. Romero combines elements of doom, hardcore punk, and black metal, creating a unique atmosphere for a vocally aggressive and melodic sound, with musical influences like Emma Ruth Rundle, Chelsea Wolfe, and This Will Destroy You, to vocal influences like He Is Legend's Schylar Croom, The Contortionist's Michael Lessard, and Bring Me The Horizon's Oliver Sykes. Mitch Horowitz (PEN Award-winning occult historian) calls it “PMA with maximum impact.” Throughout his teenage years, he was influenced by bands like AFI, Norma Jean, The Chariot, He Is Legend, and Blindside. He picked up his father’s acoustic guitar around the age of 13 and began trying to write his own songs. Romero’s first single, Martyr is the promotional single to his solo EP, produced by Brett Bronner, set to drop late in April 2021. For more news and updates, follow Josh T. Romero on Social Media (Instagram, Twitter, & TikTok: @joshtromero), and check out his website at joshtromero.com.