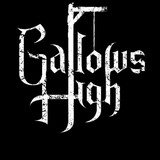 Gallows High are a five piece Hard rock / Metal band from Leicester UK. Their self titled debut EP was recorded January 2017, shortly after they became quarter finalists in Metal to the Masses 2017 in Leicester UK. “Gallows High give you assured and accomplished playing, with vocals that make the singing seem effortless, even the dramatically high notes that are reached. Having listened to the EP several times I think they are certainly a band to watch out for and I really do hope they get to tour and let more of the country hear their sound. I think that hearing them play would put a massive smile on your face and although your ears may ring for days after it will have been worth it.” Spin Sunday Music Reviews They returned to Metal to the Masses in 2018, this time leaving as semi finalists. “Tonights semi-final was the first to kick off and it was kicked off in style. We had Gallows High blast out on stage first with a great opening of seriously chunky set of awesome riffs for us all to get stuck into. There was some really nice guitar synergy that worked well backed up by the impressive bass lines. "

Music in Leicester magazine In 2019 they began recording a series of singles and once again took on Metal to the masses this time making it to the final.