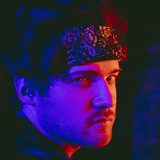 Johnnie Mikel is an accomplished singer, songwriter, musician, and performer with multiple appearances in the Billboard Charts, all while remaining a completely independent artist. After spending years learning ProTools, Logic, and all the string instruments he could get his hands on, he’s now ready to share his first full-length record with the world.   “I took a couple years away from releasing music to live life and gather some more inspiration,” Johnnie says of his upcoming material. “I never thought I could write songs this raw and honest, but life’s given me a lot of inspiration lately.” His new project is a mature departure into the world of alternative pop, where he covers a wide range of topics: life, heartbreak, mental health in the music industry, the effects of social media on youth, politics, and human rights. “I feel like I’m opening a new chapter in my musical journey, one where people can really see the human being behind the music.”   When he’s not traveling between Nashville, LA, and NYC, he’s giving back. In 2016, Johnnie founded his One Word Foundation. Since then, he’s teamed up with various charities to benefit causes close to his heart, like homelessness, hunger, education, assisting disadvantaged communities, and animal rights. “I’ve been given a gift,” Johnnie states, “And I need to use it to give back.”   Check out his latest single, Revolution, and stay tuned for his debut album coming in 2021.   www.johnniemikel.com