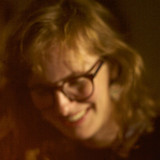 Britt Margit’s best friends are a journal and a guitar but for her that’s normal. The 23-year old from Aspen, Colorado started in choirs when she was just five years old, writing her first song at eleven, and adopting the guitar in high school. Over the years of honing her craft, the Colorado native's songs have come to combine her earnest songwriting with influences ranging from The Civil Wars and Jill Andrews to Florence + The Machine and Fleetwood Mac culminating in a "blend [of] folk and classic rock with a bit of a poppy flavor that is soothing to the soul." In the past few years, Britt has played with such acts as Regi Wooten and Colorado Music Hall of Fame’s Chris Daniels and in such venues as Swallow Hill Music, Larimer Lounge, and the historic Lion’s Lair. A recent music business grad from the University of Colorado Denver, Britt is consistently seeking out new opportunities to get involved in the Denver Music Scene and music industry at large, including heading up the new Denver/Boulder chapter of