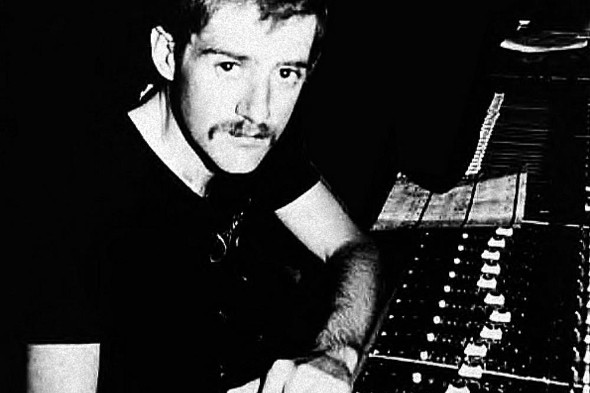 An instrumental contributor to the development of dance music -- post-disco and Hi-NRG in particular -- Patrick Cowley's influence carried far beyond his early-'80s prime. Artists including the Pet Shop Boys and New Order considered Cowley a major musical influence on their work. He explored uncharted territories of synthesizer sounds and instrument programming long before modern-day music conveniences. Cowley's extensive work with Sylvester gained him fame and glory as a producer, writer, and musician. His ongoing experimentation with electronic instruments resulted in some of the most recognized disco hits, including "You Make Me Feel (Mighty Real)," "Do You Wanna Funk," and "Megatron Man." During his lifetime, he released a trio of solo LPs, including 1981's Menergy. Several decades after his 1982 death, his work gained new audiences when several volumes of rare and previously unissued Cowley material were released, including the new wave album Catholic (with Jorge Socarras), experimental pornographic soundtracks such as School Daze, and the funk, jazz, and disco covers of Some Funkettes. Born in Buffalo in 1950, Cowley spent most of his youth in northern New York working in local rock bands. He studied at the University of Buffalo with a concentration in English. In 1971, after a relocation to San Francisco College, he began an intensive study of the synthesizer. Shortly after his studies began, Cowley's work was noticed by a local musician, Sylvester, who asked Cowley to join him in the studio. Cowley's synthesizer innovations resulted in the album Step II, which made way for the global recognition of Sylvester and garnered Cowley a job as a touring musician. Slowly, his work on the synthesizer became synonymous with Sylvester's sound and was important in creating hits like "You Make Me Feel (Mighty Real)," "Dance (Disco Heat)," and "Can't Stop Dancing." Though touring with a band kept him far from home, Cowley remained close to the roots of the San Francisco club scene. In 1981, he found kinship with Marty Blecman, a producer/keyboardist who had worked at Fantasy Records, a predominately jazz and rock label. The two formed their own label, Megatone Records, in the summer of 1981. Cowley's first solo hit was the single "Menergy," which hit Billboard's club chart in late October. That same year, his first release on Megatone was the single "Megatron Man," followed by a full-length album of the same name. Cowley found more success in the '80s with several chart-topping hits. At the time he released "Megatron Man," he also teamed up with San Francisco singer Paul Parker. Both wrote and produced the dance-oriented single "Right on Target," which reached the top of club charts. He found even more chart-topping success teaming up with Sylvester once again to produce the single "Do You Wanna Funk" for Megatone. In 1982, Cowley produced his final album, Mind Warp, for Megatone. That year also saw the official release of Cowley's remix of Donna Summer's "I Feel Love," originally made years prior but previously unavailable commercially. He died of what became known as AIDS on November 12, 1982. Blecman cites Cowley as patching his own programs by hand to create a certain sound that Cowley felt was necessary in order for a track to be complete. Initially founded as a partnership, Megatone Records was incorporated in 1983 and moved to Hollywood, California in 1994. Blecman headed the record label until his death on September 20, 1991. Several Cowley-related anthologies were released over the course of the following decades, beginning with Catholic (a compilation of late-'70s recordings made with Jorge Socarras), a self-titled set by Indoor Life (a group that released a Cowley-produced EP in 1980), and School Daze (adventurous '70s and early-'80s instrumentals Cowley gave to John Coletti, owner of Fox Studio, an outlet for gay pornographic films). The latter, released by San Francisco's Dark Entries label, was especially well-received, and the label eventually reissued Catholic on vinyl and subsequently released Muscle Up (another volume of Cowley's previous unreleased porn soundtracks). Related label HNYTRX also released Kickin' In, a 12" EP of previously unissued disco cuts, led by its 12-minute title track. Candida Cosmica, an EP of experimental pieces recorded in the '70s with filmmaker and sex educator Candida Royalle, was released in 2016. Afternooners, the third and final compilation of Cowley's soundtrack work, appeared in 2017. Mechanical Fantasy Box, a further album of previously unheard experiments dating from 1973 to 1980, was released in 2019. Some Funkettes appeared in 2020, containing Cowley's instrumental covers of songs by Donna Summer, Herbie Hancock, the Temptations, and others. ~ Diana Potts & Paul Simpson, Rovi