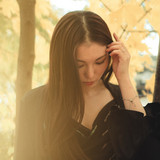 Sayuri Hayashi Egnell is a composer, sound artist who is born in Japan, based in Stockholm, Sweden. She enjoys ambient sounds probably because of her being born and raised in an environment with beautiful nature and surroundings. In 2013 her music for Urban Soundscape Competition was given the Gold Award by Ryuichi Sakamoto and was played for 3 months during Sapporo International Art Festival in Japan. She also created music for the Nobel Peace Prize 2014 displayed at the Nobel Museum. Writing music for films have become somewhat central for them and they have won awards on some International Film Festivals. She has her original works, but also produced many collaborative works with musicians, dancers, poets, painters and films.