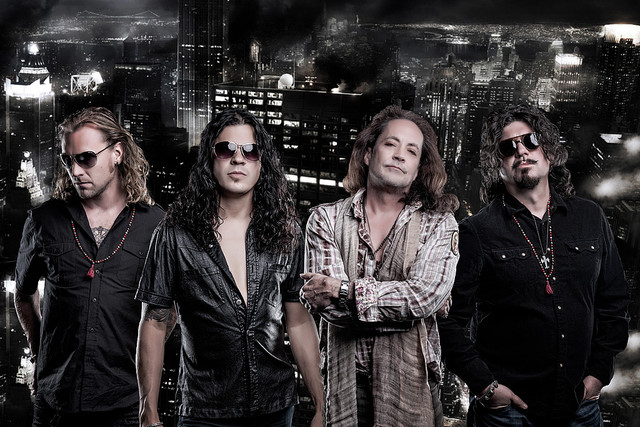 After a self-imposed exile from the music industry and the public eye, heralded guitarist Jake E. Lee (Ozzy Osbourne, Badlands) returned with a fresh new band, Red Dragon Cartel in 2014.

Now, Jake and RDC are back with their new album "Patina". Jake's 2014 comeback was greeted with much enthusiasm from the fans and media alike and the virtuoso guitarist is back once again to grace the rock world with his unbridled skill! With an extremely talented band featuring Anthony Esposito on bass (ex-Lynch Mob), Phil Varone (ex-Saigon Kick, Skid Row) on drums and returning vocalist Darren Smith (Harem Scarem) backing him up, Jake has delivered the album fans have been eager to hear since Badlands dissolved years ago.