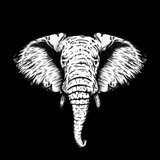 ~~welcome to the circus~~   confetti is an alternative rock/pop duo hailing from middle america and los angeles california. after six years of solely working with humans ~ which they claimed to be fun (sigh) but also very “limiting” and full of “bite your tongue” moments ~~ the confetti brothers' sought each other’s like-minded tastes and aspirations and created the group CONFETTI.   their mission is to make fun out of the darkness in the world. the music heavily relies on topics of politics, pop culture and societal inconsistencies. their poetic vernacular is nothing short of Kendrick Lamar, John Lennon, 2 chainz and William Shakespeare ~~ the production is reminiscent of 90’s and early 2000’s hip hop/pop mixed with a modern sound designed specifically to make you dance.   confetti is extremely insistent that their music is for every sex, race and species.   with love, conrad and fetti