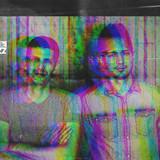 The Dj and producer duo Monroe &amp; Moralezz cannot longer be imagined without their musical productions residing in the international dance charts. "Start Over" and “Tallest Man On Earth" were the foundation stones. Musically they are true globetrotters and all-rounders. They were represented with their projects on several compilations worldwide, where they collaborated with big names such as Axwell, Martin Garrix, Fedde Le Grand, Armin van Buuren, Tomcraft, Timbaland, Niels van Gogh, Hardwell, R3hab, Nervo, Mike Candys and among others Ida Corr as the jack in the hand. On the Video Top 30 Charts on Viva and MTV Germany they’ve succeeded to jump from 0 to 8th place as Top newcomers and in the following week they’ve 4th place, while David Guetta occupied the 3rd place. Listening to Monroe &amp; Moralezz guarantees a big variety of music and good mood, and as a set it can sometimes take a little longer.