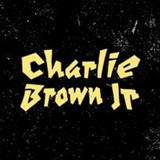 Formed in 1992 in Santos Beach (São Paulo), the name Charlie Brown came up when CHORÃO was driving home thinking of a name for the band and ended up running over a coconut water stand with a Peanuts Charlie Brown draw. CHORÃO, had an insight and believed that situation was a sign of the Universe and that embarrassed character from the Snoopy cartoon would be a cool name for the band. The Jr. (Junior) was added a little later, in the words of CHORÃO, "because we are children of rock", inspired by rock musicians such as Red Hot,

Nirvana, Suicidal Tendencies, Raimundos, Planet Hemp, O Rappa, among others. With songs that flows some musical genres such as hardcore, skate punk, reggae, alternative rock, rap, hip hop, and others. The CBJR appeared in 1997 with the CD Transpiração Contínua Prolongada. The album sold over 535K copies and had the hits "Proibida Pra Mim"and "Tudo Que Ela Gosta de Escutar". From this point several awards and hits were conquered and the group became the biggest Brazilian band and CHORÃO, one of the greatest rock stars in Brazil, and very much for his “straight talk”, with the fans, which he used to call “FAMILY”. In 2020, the group was the only Brazilian band on the top 10 last decade most played in BR, also the #1 on Spotify and Deezer and "Confisco" became the official track on Tony Hawk Pro Skate 1+2, the #1 Sports Game at #TheGameAwards. 2021 the show "Chegou Quem Faltava", recorded in 2011 was launched and celebrated by millions of brazilians.