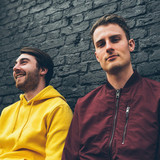 Punctual are songwriter / producer / DJ duo John Morgan & Will Lansley, originally formed in Bristol but now based out of London.   Dubbed early on as “the future of dance music” by Zane Lowe, Punctual have had radio spins across the world, from being regulars on BBC Radio 1’s Dance Anthems to specialist attention from the legendary Pete Tong, with the duo even getting love from the iconic Elton John on his Beats 1 show.   The duo have entrenched themselves further in the world of dance music DJ'ing numerous coveted slots across Europe, highlights include sets at Glastonbury and Tomorrowland festivals, as well as supporting Fatboy Slim at London’s Alexandra Palace and Jonas Blue at Ministry of Sound.   Whilst not producing for Punctual, John and Will are also accomplished songwriters, recently co-writing for the likes of Steve Aoki and AJ Mitchell. The pair also co-produced Raye’s most recent single Regardless.   Their latest release, “I Don’t Wanna Know”, is a culmination of the evolution of their sound to this point, transforming Mario’s R&B classic into a modern melodic club jam.