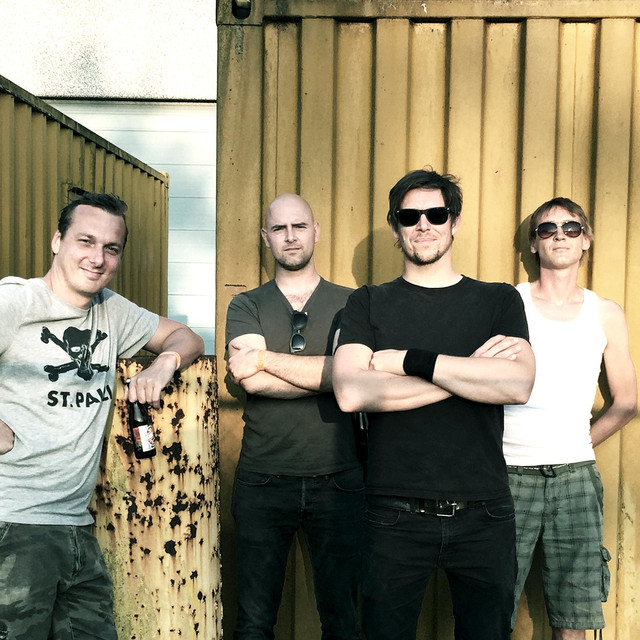 Fueled by angst and underground musical aggression, BITTER GROUNDS distinguish themselves by perfectly balancing melody and grit, delivering a unique mixture of high energy punk rock and raw pounding ska songs. The dual vocals are backed up by gritty guitars, edgy solos, and pumping bass lines and drums. Lyrically the band doesn’t subscribe to any particular world-view. Independent in the truest sense, the band doesn’t conform to anything or anyone. BITTER GROUNDS' first album 'Hollowlands' was praised by critics and fans as a “breath of fresh air”, something that had been missing in punk for a long time, “one of the most varied and innovative punk rock albums of the past few years” and an “instant classic”. 'Two Sides of Hope' is the band's strong sophomore album. It picks up where 'Hollowlands' left off, adding even catchier sing-along melodies and to-the-point songwriting, while retaining that dark streetpunk vibe, aspects that have come to define the BITTER GROUNDS sound. Despite the hooks and melodies, a brooding sense of misery lingers throughout the record, as the band once more transforms frustration and anxiety into hard-hitting sound waves. The songs cover anything from personal topics like hopelessness, angst, fear and bottled-up rage to broader socio-politial commentaries. The lyrics never devolve into simple reactionary slogans, however, and always retain a sense of ambivalence.