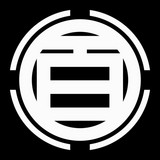 The Black Opera is Rap’s first Performing Arts group.   The group’s primary vocalists Magestik Legend and Jamall Bufford momentarily put their solo careers on the backburner for the sake of making the following statement: Art is all that matters. Based out of Los Angeles and Detroit, The Black Opera thrives on an egoless approach for their selfless cause, they lose themselves in a different character’s costume per song during their live presentations. They are a hard act to follow. Yes, they really alter their look for every song they preform. This magical showmanship and visual ingenuity has attracted the eyes of everybody from the spiritual scientist Deepak Chopra to one of Hip-Hop’s favorite crews the Hieroglyphics, to Snoop Dogg who selected their video “Villains” as #1 on his video countdown show “Underground Heat”.

Legendary MC Tajai Massey from Souls of Mischief/Hieroglyphics says: “If you haven’t heard or seen TBO perform, you need to slap yourself. Literally my favorite group in hip-hop right now.” Recently Deepak Chopra proclaimed The Black Opera as one of his top 3 Rap artists on The Queen Latifah Show as Latifah cued the TBO song “The Black Opera” to play.   Welcome to The Black Opera.