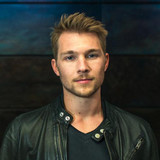 Tim is a German producer, marketing manager, and DJ, who grew up in beautiful Spain. At the age of twelve, he moved back to Germany and started drumming lessons right away and joined a band to reach his goal as a musician. At the age of sixteen, Tim got introduced to electronic music. Following his passion for music and beats, Tim decided to try himself out as a DJ. Furthermore, after housing wild underground parties, taking place in construction needed buildings, the idea and desire grew to expand his project as an artist. However, the music career of Tim has been pretty rough, due to the fact that he kind of seemed lost within several genres and different projects without finding a genre that fit and felt just right. Additionally, a lot has changed at the beginning of 2019. His recent colleague quit and Tim had to face the music world on his own. Nevertheless, this fact, first seen as a setback, led Tim back to his very first love in electronic music and did not stop him from building his own, new project - TIM PLVNK. As an artist who is creative, but also very interested in marketing and management, Tim aims to stay independent. His first single dropped in April 2019. Follow up Single I JUST WANT YOU reached over 3.000.000 streams in only 4 month. 2020 he got signed by Major Label Universal Music Germany. In 2021 he released MIRACLE, ADIOS AMIGO and SOMEBODY. His 4th release is about to be out in June.