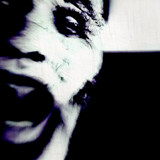 In March 2018 Pinch Black was founded in Mainz, Germany by Burkhard (Vocals) and his daughter Laura (Git.), while they took part in different musical projects. Pinch Black was planned to be just a Death Metal side project, but quickly evolved into their main musical mission. As the band itself says bands like Cattle Decapitation, Metalocalypse: Dethklok, Immortal and other Death-, Black-, Industrial- and Thrash metal bands have influenced their music. After the release of the first song "I am Hell", that should later become the "Voices of Hell" EP Janine joined the Band on guitar in late 2018. In the same years the EP was released. In 2019 the Band worked on several Musicvideos and the first Album. The recording sessions for the "Exorcism" album started in October 2019. In that year the Band was also joined by Micha on Bass. The recordings for the Album were finished in February 2020 and the release followed in March. In the same year the Band was completed by Rafael on Drums and Stephan who replaced Micha on Bass.