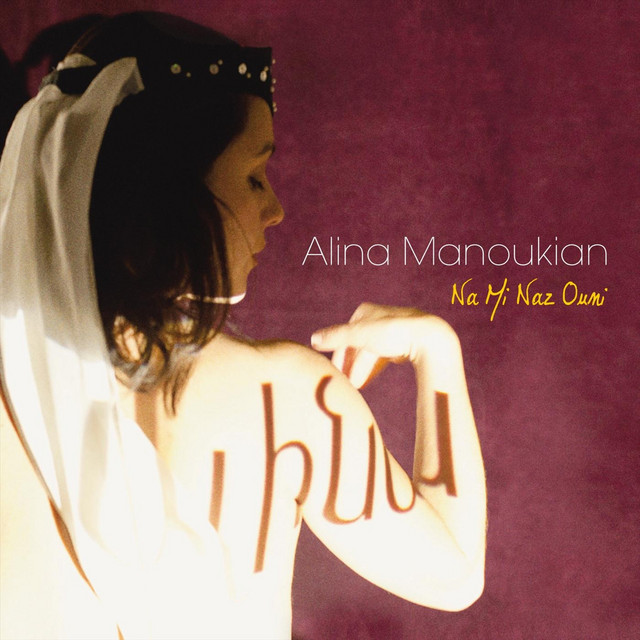 Alina Manoukian crosses borders. A child of Armenian parents, she came to Germany from Iran at a young age. Armenian culture was ever-present, yet receded with time into a background of language, melodies and rituals. Singing and music has always been part of her life. ​ After growing up in Hamburg, she went to study acting at the University of Arts in Berlin (UdK). For her own theater production at the Deutsches Theater Göttingen, she began searching for her roots. And found a part of home in the Armenian music of her childhood. She collected songs within her family and a circle of friends and acquaintances. A recorder in her pocket, she travelled to Armenia and collected whatever she heard. ​ From these finds, and in collaboration with first the guitarist Fred Kerkmann and later Sebastian Albert, she created her very own aesthetic. By intimately working on the traditional material, they searched for a way to bridge the old melodies and modern Western music culture. She gave her record release concert at a sold-out Ballhaus Naunynstrasse in Berlin. It was recorded by the Bavarian state television (Br TV). The universal language of poetry and longing thrilled the audience, among others at the Berlin Maxim Gorki Theatre, the Hans Otto Theatre in Potsdam and the Thalia Theatre in Hamburg. ​ With her music, she performs in theatres and concert halls, always in search for new encounters with these old melodies.