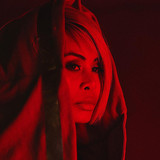 Nakadia’s unstoppable energy stems back to her childhood in the poor Thai countryside, where she grew up on less than $1 per day. But Nakadia still lights up with joy when she looks back upon those times. It’s her pure happiness for life itself that she’s maintained until today, half a lifetime later as a world-famous artist touring the globe. Crafting her sound without any guidance — in a country marked by mainstream — Nakadia pioneered the rise of the underground in Thailand, conquering the rest of the world at the same time. Forced to prove herself over and over again, she refused to let the male-dominated industry know her as “the little cute Thai girl.” Rather than get frustrated, she kept her energy high and never allowed the prejudice to wipe away her contagious smile. She continued to push forward, achieving milestone after milestone without relying on those with the power to open doors for her more easily. At the start of 2020 Nakadia pinned over 1700 performances across 72 countries to her ever packed tour schedule. She played some of the most high profile clubs, events and festivals and is still only getting warmed up... Discover Nakadia, discover a true self-made Asian pioneer of techno!