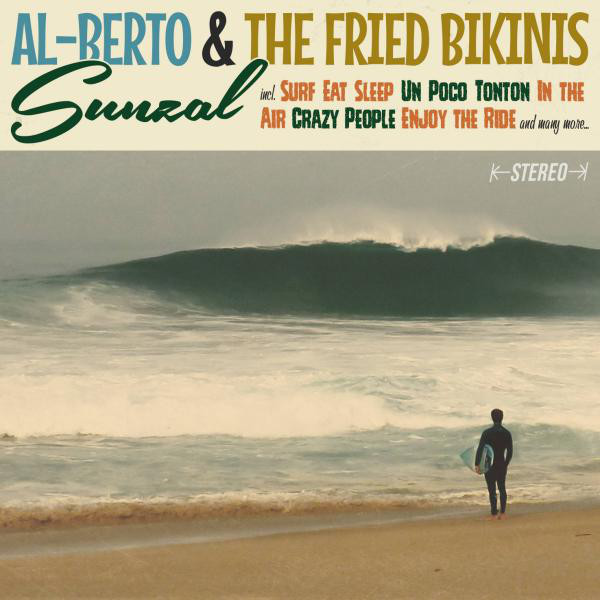 It's all about the songs. Most people believe that artists create songs. But in my experience it is the other way around. Songs are a special life form of its own kind through a co-existance of stories embodied in melodies. A musician on the search for songs develops over the years his own ability to see these songs that live with us everywhere on this planet. Al-Berto was for a long time travelling for waves and rock around the world. On these remote places he also met a special kind of songs he had never seen before and decided to spend some time with them and over time they became friends The Fried Bikinis project never intended to become a band or beeing played on the radio or in movies. The truth is: the songs took control over this project and used it as a vessel to travel around the world. They wanted to know more about the world they only knew from rumours from strange melodies that sometimes reached their paradise. And so they started to read the book about the world and decided to become the songs of Al-Berto to travel the world. As you see, songs create artists and that is why Al-Berto keeps going back to those beautiful places. To reconnect with the songs where he comes from.