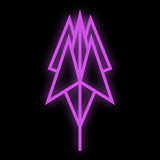 Dohny Jep are a 3 piece Rock/Pop band from Canterbury,UK and are making waves with their unique video concepts and mesh of pop synth melodies and rock guitars. Formed in early 2019 they wrote and recorded the debut album 'L.U.S.T' in their home studio and worked with renowned producer and close friend Rhys May (Bring Me The Horizon, While She Sleeps, Enter Shikari, Don Broco) to have their songs truly brought to life! L.U.S.T was self released on July 10th (2019) and was met with great reviews and some interest and support from BBC Introducing. Their new EP's

'Smile, It Might Never Happen...' and 'Shallow Is The Water' have already been recognised by Spotify curators by being added to the 'All New Rock' editorial playlist four times and Discover Weekly with several singles, which is a phenomenal achievement for a band in their early stages! Dohny Jep have a busy 2021 planned full of releases so there has never been a more exciting time to follow them on their journey.