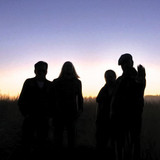 A couple years ago, two Southern-Finland based musicians, lead vocalist-bass player Jakke Aho and guitarist Juha Sundqvist decided to found a new band, and invited to join with them keyboardist Pekka Qvist and drummer Mikko Mielonen. Traveling Jones was born, and the journey started! Intensive rehearsing, plenty of gigs, and several days spent in a cozy studio resulted in 2018 into the first EP of the band, "Here Comes That Traveling Jones" followed up by the second EP "Light on Me" in 2019. From the very beginning it was decided, that the band would perform their own music, and also some deliberately chosen cover songs, both live and also on records. From the very beginning it was also clear, that the genre of the band would be somewhere in the field of traditional rock music. Some might call it southern rock, someone else might see it as west coast rock. What is important though, is that the band presents a genuine rock'n'roll attitude, and the listener can place the music in the best fitting category. The essential things for the band feature relaxed playing together, a specific groove, musical talent and intensity where it's needed. The records also features the results of cooperation with sound engineering wizard Brian Fitzpatrick, bringing genuine American sound to the recording of this Finnish group. The records of the band are an excellent proof, what an insatiable musical appetite, passion, uncompromising attitude and brotherhood can create and achieve.