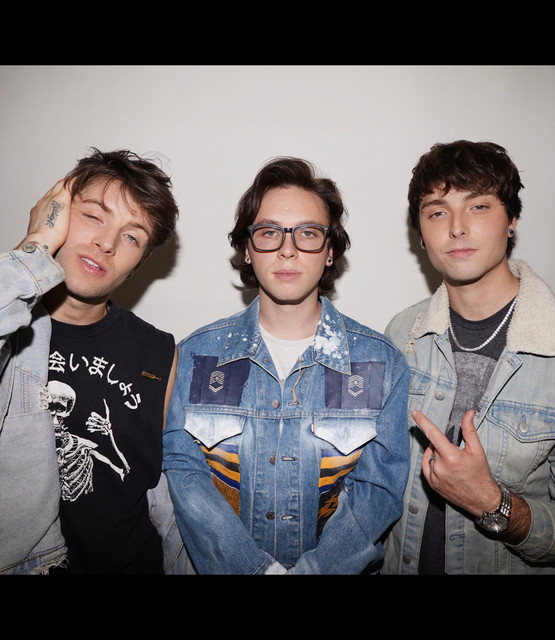 From Southern California , Rock/hip-hop/pop hybrid Emblem3 appeared on the 2012 season of The X Factor USA. Made up of brothers Keaton & Wesley Stromberg (sons of Grammy-nominated composer William Stromberg & nephews of Academy Award-winning art director Robert Stromberg) and childhood best friend Drew Chadwick, the trio got their start writing songs in their basement, performing at schools, backyard party’s, and all over OC, & Los Angeles before appearing on the big stage. They performed their original song “Sunset Blvd” off their independently produced album, Songs From The Couch, which became an instant fan favorite. They signed a recording contract with Simon Cowell's Syco Records & Columbia Records. Their album Nothing to Lose debut at number 5 on billboard hot 100 and their single “Chloe” sold almost 500,000 copies by the end of 2013. In 2014 they opened for pop star Selena Gomez on her Stars Dance World Tour. After that, with their fan base growing rapidly the band toured internationally to Europe, & South America and headlined their own North American tour #Bandlife. In 2015 Drew decided to focus on his solo songwriting and took a hiatus from the trio. Keaton & Wesley Stromberg continued on touring without drew, releasing the Forever Together EP and collaborating with fellow artists. Drew then returned to the group in 2016 for the Waking Up tour along with their release of the Waking Up EP. They’re currently writing and plan to release new music and tour 20/20