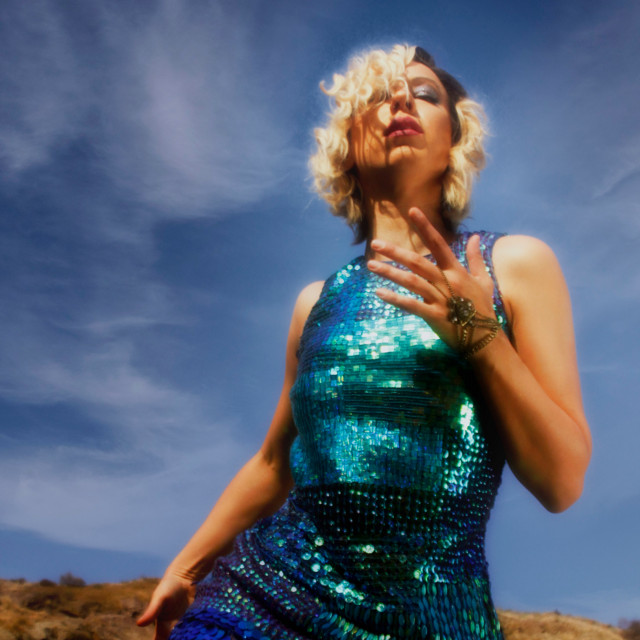 Whitney Tai's cinematic blend of electro-pop, rock, and alternative metal is powered by her nuanced, soaring vocals. After a more pop-leaning debut, Metamorphosis, in 2015 with Producer Tim Janssens, the duo reinforced this sound on 2020's Apogee winning multiple categories in the Palm Beach International Music Awards judged by Arturo Sandoval, Jon Secada & Al Di Meola for creativity and excellent use of percussion. The NYC native crafted music from age seven, soon dreaming of a career in music. After losing her mother to cancer at age ten, she channeled her creativity into a BFA in architectural design. While working as a designer and a care taker to her ill grandfather, he succumbed to a heart condition. Tai moved to LA to follow her grandfather's advice & not give up her dream, formed a backing band & began booking shows. The EP "Forever" appeared in 2016 with Spencer Garn & she collaborated with Sunfreakz on 2017's "Shockwave." Tai headlined at NAMM in 2020 & released her award-winning record, Apogee in June. It was produced, engineered, and mixed by Janssens. Legendary Boston programmer, DJ Oedipus calls Tai "an artist who defies categorization." “One of our time’s superb musical talents." - IndiePulse Music “Apogee is without a doubt one of the best cathartic dream pop albums in its most powerful form released this year." - Rear-View-Mirror “Whitney Tai makes a strong case for being the next great voice in pop. One of the year’s best.” - The InterroBang