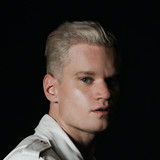 At the age of 19, the Swedish artist Alex Alexander toured through Asia, the Middle East, and Europe with bands as the lead singer. After a heavy tour schedule, Alex decided to go all-in on his solo career as a Pop artist. Alex is not only a singer-songwriter but also a well-known guitarist and has been the face behind different major guitar brands such as Yamaha Guitars USA. Alex Alexander is currently working with the guitar brand Ovation Guitars as an international sponsor and is filming several new music videos in the next months. As an independent artist, Alex Alexander has managed to achieve more than 110 million streams on Spotify alone, been featured on several editorial Spotify playlists, and performed live on Swedish Radio, Pride Main Stage in Canada, and on the Yamaha Music Stage.