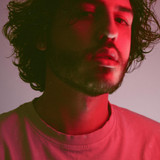 25-year-old Alex Tales is a singer, songwriter and composer. Even though he was born in France, from a young age Alex was interested in both American and English music culture. From Whitney Houston to Bruce Springsteen, Etta James or Lauryn Hill, Alex is very eclectic. Listening to all these music genres, he managed to find his own musicality between Pop, Dance, Alternative and RnB. Since the age of 15 he composes, writes and produces all of his songs. He moved to London at the age of 20 where he managed to perfect his music in the Round House studios, in Camden Town, where he lived. His writing is deep and poetic and he usually finds inspirations in heartbreaks or events he experienced.   Lately Alex performed with several artists, had multiple collaborations (like "Fallin" featuring Gino Holroyd or his upcoming track with french rapper Le Môme) and headlined several shows. His self-titled debut EP is out now and seduced thousands of people around the world. He's currently working on his second one. Working on his EP doesn't stop him from releasing music though, you can listen to his last singles "I Glow", "Messed Up" and "Overthink" produced by Axel Logan, a french producer.