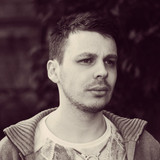 36 (pronounced three-six) is the alias of UK producer Dennis Huddleston, who has been a prolific and leading figure in the modern ambient scene, following his 2009 debut album Hypersona. He currently releases music on A Strangely Isolated Place and Past Inside The Present. He also runs his own label 3six Recordings, which is where he released some of his most celebrated albums, including Lithea and Void Dance. The core of the 36 sound is a combination of warm melodies and widescreen atmospheres, that is never shy from the abstract, but one that remains highly accessible. It's dreamlike, introspective midnight music, and the perfect soundtrack for your own Strangely Isolated Place. Dennis also produces techno/electronic music under the alias Syne