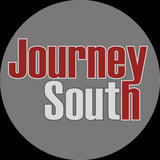 Journey South consists of brothers Andy & Carl from the UK who have been singing, recording, and performing together for over 20 years. In the beginning, the brothers were a 5 piece rock band called ‘The Answer’ before they moved south to London in an attempt to realise their dream of securing a record deal. It was at this point they changed their name to ‘Journey South'. In 2005 the brothers came third on The X Factor UK out of over 100,000 applicants. Simon Cowell mentored them throughout the show and signed them to his record label SYCO after the show had aired. Their self-titled debut album (Journey South) was the fastest-selling album of 2006 and hit number one in its first week of release, selling over 216,000 copies in just one week, continuing on to sell over 500,000 copies. The brothers released a second album HOME, a collection of original material recorded in Stockholm, Sweden. To date, the brothers have performed all over the world to over 200,000 fans including two sell-out tours, and are currently recording and releasing new material, and uploading music videos to their popular YouTube channel