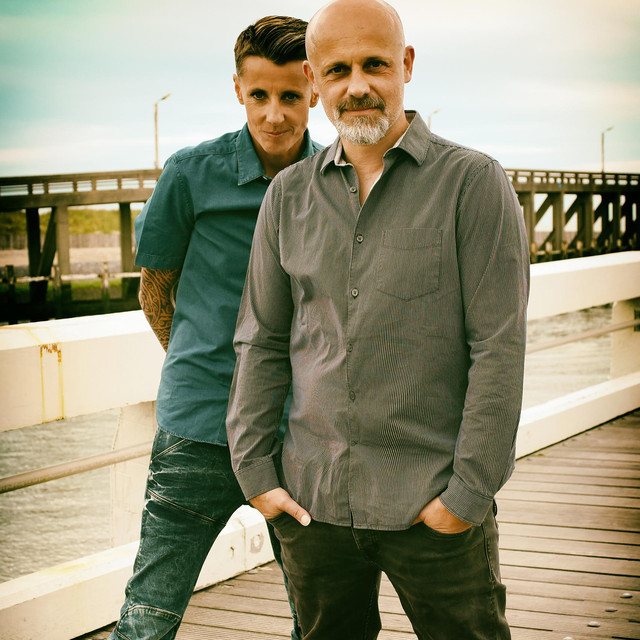 K's Choice was formed by Belgian siblings Gert and Sarah Bettens, who grew up playing music in Antwerp and briefly fronted a band named the Basement Pigs during their teens. Sarah also enjoyed some recognition as a solo artist, scoring a mild hit in 1992 with her cover of Hank Williams' "I'm So Lonesome I Could Cry." She soon reunited with her brother to form the Choice, and the band made its official debut in 1993 with the release of The Great Subconscious Club. Bassist Erik Verheyden and drummer Koen Lieckens were added to the lineup, and the Choice expanded their audience with European tours supporting Morphine, the Proclaimers, and the Indigo Girls. By 1994, they had changed their name to K's Choice and struck an American deal with Epic. Paradise in Me, the band's second album, showcased a more musically aware K's Choice. It also provided the group with its first American single, "Not an Addict," which spent nearly 30 weeks on Billboard's Heatseekers chart and made K's Choice a world-famous group. Despite such success, the band's lineup was in flux; Lieckens and Verheyden exited the lineup, leaving Bart Van der Zeeuw to take over drum duties, and several different bassists cycled through the group. Meanwhile, tours across Europe pushed "Not an Addict" further into the mainstream, and Alanis Morissette -- who was still setting flames with her 1995 juggernaut Jagged Little Pill -- took the band on tour in 1996. Such exposure led to the band's inclusion in the first annual Lilith Fair tour one year later. Somewhere in between the flurry of show dates, K's Choice hooked up with producer Gil Norton (the Pixies, James, Catherine Wheel) for 1998's Cocoon Crash. Cocoon Crash went platinum in Belgium and Holland, with "Believe" and "Everything for Free" enjoying a good deal of airplay in those countries. The lineup continued to fluctuate, however, with Van der Zeeuw leaving the band, Lieckens returning to the fold, and New Yorker Eric Grossman taking over bass duties. Additional dates with Lilith Fair followed in 1999, but the touring took its toll on Sarah Bettens, who became ill with mononucleosis. A few months later, a newly rejuvenated K's Choice joined mixer Tchad Blake for 2000's Almost Happy, which was released in the U.S. two years later. In 2003, the group went on hiatus, with Gert and Sarah each pursuing different projects. Sarah released three solo albums, 2005's Scream, 2007's Shine, and the following year's Never Say Goodbye. Meanwhile, Gert did some production work and formed the band Woodface, who released their debut, Good Morning Hope, in 2005 and followed it with 2007's Comet. By 2008, the Bettens were planning a K's Choice reunion, and the group's fifth album, Echo Mountain (named after the North Carolina studio in which it was recorded), arrived in 2010, with the acoustic companion EP Little Echoes appearing the following year. The Bettens returned to the studio to record 2013's Waving at the Sun, a set of songs for a documentary about an Antarctic expedition that was released in several countries as a K's Choice album. The following year K's Choice's official sixth album, Phantom Cowboy, was released, spurring their first U.S. tour in over a decade. The tour was chronicled in the late 2016 live album The Backpack Sessions. Early in 2017 the band celebrated its 25th anniversary by releasing a new version of "Not an Addict" that included Skunk Anansie on vocals. ~ MacKenzie Wilson, Rovi