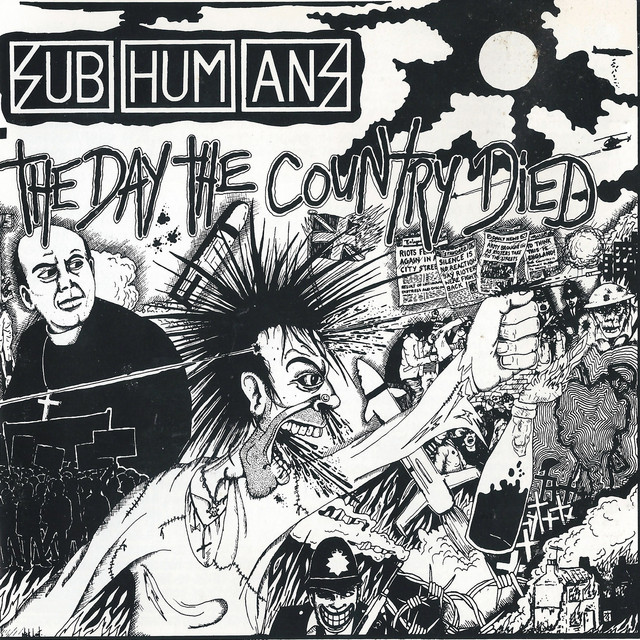 U.K. anarchist punk collective Subhumans formed in the Trowbridge area of Wiltshire in 1980, comprised of vocalist Dick, guitarist Bruce, bassist Phil, and drummer Trotsky. The band enjoyed success as one of the more literate and musically athletic British punk ensembles between 1980 and 1985, occupying the middle ground between the Clash's political songcraft and Crass' experimental warfare. Through five full-length records on their own Bluurg label (The Day the Country Died, From the Cradle to the Grave, Worlds Apart, 29:29 Split Vision, and Rats/Time Flies) and six EPs (not to mention a bevy of D.I.Y. cassettes), the band challenged both the government and its people to not only rage against the world, but to improve it. The band, which had split off into Citizen Fish (Dick also spent 3 years with Culture Shock in between), reunited in 1998 and have since brought out

two live releases, Live in a Dive on Fat Wreck and the All Gone Live DVD through Cleopatra, and two albums, 'Internal Riot' in 2007, and 2019's rather aptly named 'Crisis Point'~ James Christopher Monger, Rovi All our music and merch is available here- https://subhumans.bandcamp.com/