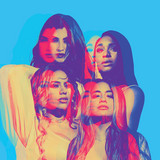 Multi-platinum selling group Fifth Harmony’s third album Fifth Harmony, via Syco/Epic Records, blasted to the top of the charts around the world upon its August 25 release. The album was the #1 pop and second-best overall selling album in the U.S.,

debuted at #4 on the U.S. Billboard Top 200 chart and peaked at #1 on iTunes in more than 50 countries. In addition to instant fan acclaim, critics have also praised the record, with USA Today hailing it as “the strongest work yet of the group’s career” and Rolling Stone calling it the group’s “most cohesive album yet.” The album’s gold-certified lead single “Down” ft. Gucci Mane marked Fifth Harmony’s best sales debut and was the #1 most added song at both Top 40 and Rhythmic Radio. Fifth Harmony’s 2017 kicked off with a performance at the People’s Choice Awards and has already brought the group major wins, including “Favorite Group” at the People’s Choice Awards, 3 wins at the iHeartRadio Music Awards, 2 wins at the Radio Disney Music Awards, the 2 top honors at the Kids’ Choice Awards, 4 wins at the Teen Choice Awards, and a MTV VMA for Best Pop Video. This follows Fifth Harmony's record-breaking sophomore album 7/27.