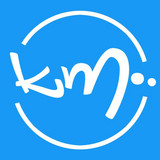 DJ Kmin is interested in music since childhood. First attended piano lessons and then dance studio. Ever since elementary school Kmin cared about music production at school events. At the time he mixed from cassettes, but since 1996 he used decks. His first appearance was in one of the clubs in his native Ostrava in 1997 and since then has been a part of DJ culture. He started playing house and speed garage, which led him to nu skool breaks and nowadays he plays both styles, because he has also an alter ego Booty Callin (ex Kmo3). In addition to DJing he works as a radio presenter and music editor in a radio in Ostrava. Although DJing since 96, music production started later. First with bootlegs and later with own songs and official remixes for some known artists. He is also part of production team for music festival called Beats For Love.