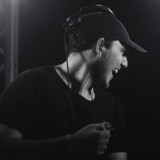 The Sydney-based DJ, producer and remixer Tom Budin is known to be one of the most versatile and dynamic forces in the international and Australian electronic dance music scene. Tom has made a name for himself through his signature house productions, climbing to the #1 of the Billboard Dance charts with his club hit X with U. Lately Tom Budin has succeeded by releasing catchy, globally revered tunes such as Shake That and Sugar’s Delight with Universal music as well as an official remix of the Lost Frequencies summer hit Love To Go (Tom Budin Remix). Tom is also well-known for consistently delivering a unique vibe in his deeper tracks, the most recent being 'Push It Real Good' and 'Down (ft. ANML KNGDM)'.  In 2020 alone Tom Budin's releases have received international acclaim from artists such as Martin Garrix, Oliver Heldens, Don Diablo, Marshmello, Hardwell, Dillon Francis, Diplo and Lost Frequencies amongst many.