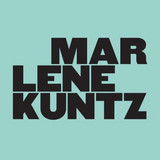 Along with C.S.I. and Afterhours, Marlene Kuntz were one of the most important bands to emerge from the Italian underground in the '90s, and one of the leading names of the indie rock renaissance of that decade. Their mixture of angular and dissonant guitars -- owning more than a little to Sonic Youth -- and poetic lyrics soon became a trademark with which many rock fans identified themselves. During the years the band progressively polished its sound, reaching in the meantime the top notches of the Italian charts, but never lost its edge, remaining one of the most interesting acts of the local rock scene. The core of Marlene Kuntz formed at the end of the '80s in Cuneo, when drummer Luca Bergia, guitarist Riccardo Tesio, and bassist Franco Ballatore decided to start a band, soon followed by Jack on Fire's singer/guitarist, Cristiano Godano -- the moniker being a homage to both Marlene Dietrich and the Germanic imagery she embodied and the Butthole Surfers' song "Kuntz." With this lineup the band recorded some demo tapes, on which the most clearly audible influence was Einstürzende Neubauten. Having won the Rock Targato Italia competition, in 1992 Marlene Kuntz recorded a track ("La Canzone di Domani") in the studios of musician and producer Gianni Maroccolo (Litfiba, C.S.I.), who signed them to his own label, Sonica Factory, soon to become part of Consorzio Produttori Indipendenti, the most important Italian indie label of the period. Marlene Kuntz's debut album, Catartica, recorded with new bassist Gianluca Viano and released in May 1994, paid a large debt to Sonic Youth, but customized their sound with lyrics with a strong literary edge, not that far from Nick Cave's bohemian decadence. Soon songs like "Festa Mesta," "Sonica," and "MK" become little hymns for many indie rock fans, while the ballad "Lieve" was covered by C.S.I. on their unplugged live album In Quiete. In 1995 Marlene Kuntz contributed "Hanno Crocifisso Giovanni" to the compilation album Materiale Resistente and the following year, having replaced Viano first with Paolo Enria and then with Daniele "Dan Solo" Ambrosoli, they released their sophomore effort, Il Vile. The Come di Sdegno EP (1988) anticipated their third album, Ho Ucciso Paranoia, in which they started a gradual detachment from their influences in the name of a more personal sonic and melodic research. The first copies of the record -- which reached number six in the Italian charts -- included a bonus CD of instrumental improvisations titled Spore. The live album H.U.P. Live in Catharsis followed just a few months later. 2000's Che Cosa Vedi was Marlene Kuntz's most polished effort so far, and led by the single "La Canzone Che Scrivo per Te," a duet with Skunk Anansie's Skin, ended up selling 50,000 copies. And, even though some fans judged it too pop, the mainstream audience started noticing the band. 2001 saw the release of another EP, Cometa, and of Spore, a greatest-hits conceived for the non-Italian markets. Recorded in Berlin with producer Head and with international guests such as Rob Ellis and Warren Ellis, 2003's Senza Peso, their first record for Virgin, was an even less scorching and more adult affair, quite far from their Sonic Youth-ish beginnings: the work of a band who had finally reached a full maturity, while Godano confirmed himself as one of the most talented and charismatic songwriters of his generation. 2004's EP Fingendo la Poesia included the first cover versions ever recorded by the band, Mina's "Non Gioco Più" and Paolo Conte's "Alle Prese con una Verde Milonga." At the end of the year, Dan Solo -- who in 2003 debuted as an actor in Beniamino Catena's Pornodrome, for which he had also written the screenplay -- left the band, later to resurface as a member of LNRipley. With Gianni Maroccolo guesting on bass Marlene Kuntz recorded 2005's Bianco Sporco, followed in 2006 by the unplugged live S-Low and in 2007 by Uno, their most sonically adventurous effort so far. In the meantime, Godano had also taken part in the recordings of Nun Lover! (2006) by the Rob Ellis-led collective Spleen. ~ Aurelio Pasini, Rovi