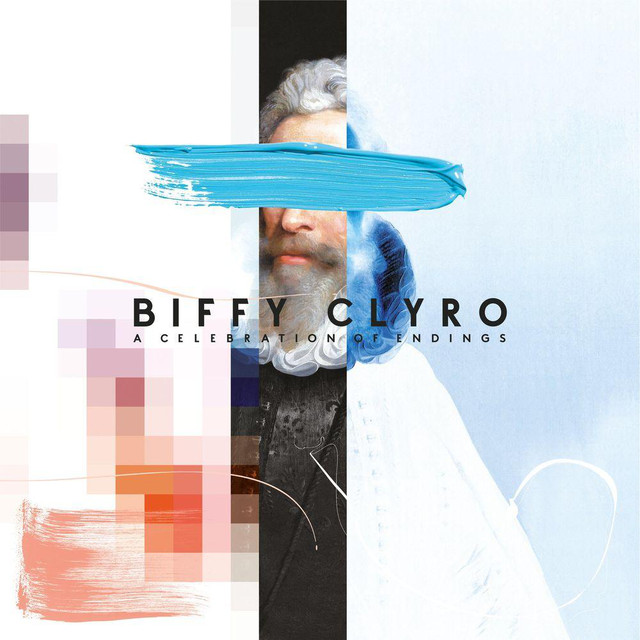 Known for their anthemic alt-rock, Scotland's Biffy Clyro are a dynamic power trio marked by the throaty lead-vocal brogue of singer/guitarist Simon Neil. Emerging in the early 2000s, Biffy Clyro drew loyal fans with their grunge, hardcore, and prog-rock-influenced sound that found them combining hooky choruses with unusual song forms and galloping rhythmic meters. While their early albums helped build their fan base in Great Britain, they broke through to an international audience with 2009's Only Revolutions, which peaked at number three on the U.K. album charts and earned a Mercury Prize nomination. The band continued to experiment, issuing the double-disc Opposites in 2013 and the soundtrack album Balance, Not Symmetry in 2019. Assembling in the late '90s in the town of Kilmarnock near Glasgow, Biffy Clyro featured a three-piece lineup fronted by vocalist and guitarist Simon Neil along with James Johnston (bass) and drummer Ben Johnston. Playing loud combinations of pop/rock inspired by the music of bands like Weezer, Biffy Clyro first started by playing their aggressive pop tunes in the nearby Glasgow club scene, eventually enjoying a stable and enthusiastic response from their audiences. After releasing their first EP, Thekidswhopoptodaywillrocktomorrow, on the Electric Honey record label, the band managed to secure some airplay on Scotland's BBC, which opened the way to even more exposure on the Scottish music scene. Not long after, the trio signed a recording contract with Beggars Banquet and offered their first single, "27," in October 2000. In the following months, the group played numerous live shows, including one opening slot for their longtime idols Weezer. In February 2002, the crew offered yet another single, simply titled "57," before the release of their long-awaited debut full-length, Blackened Sky, issued in March of that same year. A year later, the more elaborate The Vertigo of Bliss appeared. Constant touring to support the album kept the band busy until mid-2004 when they recorded Infinity Land, which was released late in the year. Three years later, the successful single "Saturday Superhouse" announced the coming of their fourth album, Puzzle. In 2009, Biffy Clyro released their fifth studio album, Only Revolutions. Featuring such singles as "Mountains," "Bubbles," and "Many of Horror," the record was both a critical and commercial success, going platinum in 2010 and earning several accolades including a Mercury Music Prize nomination. In 2012, Biffy Clyro released an online video trailer announcing their forthcoming sixth studio album, Opposites. A sprawling, ambitious work balancing prog rock with mainstream, radio-ready pop, Opposites was released in 2013. Buoyed by the single "Black Chandelier," the album became the band's first ever to hit number one on the U.K. album charts. They spent much of that year headlining their second world tour. Biffy Clyro returned in 2016 with the full-length album Ellipsis. Recorded in Los Angeles with producer Rich Costey (Franz Ferdinand, Muse), the LP featured the singles "Wolves of Winter" and "Animal Style." They went on to promote the album with an open-air set in Glasgow, and headlined the Reading & Leeds festival in 2016 and the Download Festival in 2017. November of 2017 saw the group perform a stripped-back, unplugged set at London's prestigious Roundhouse. The performance was released as a live album the following spring and featured a cover of the Beach Boys' "God Only Knows." In 2019, they supplied the soundtrack to director Jamie Adams' film Balance, Not Symmetry. The following year saw the release of a proper full-length, the Costey-produced A Celebration of Endings, which was initially delayed due to the global pandemic but eventually saw release in the summer of 2020. ~ Mario Mesquita Borges, Rovi